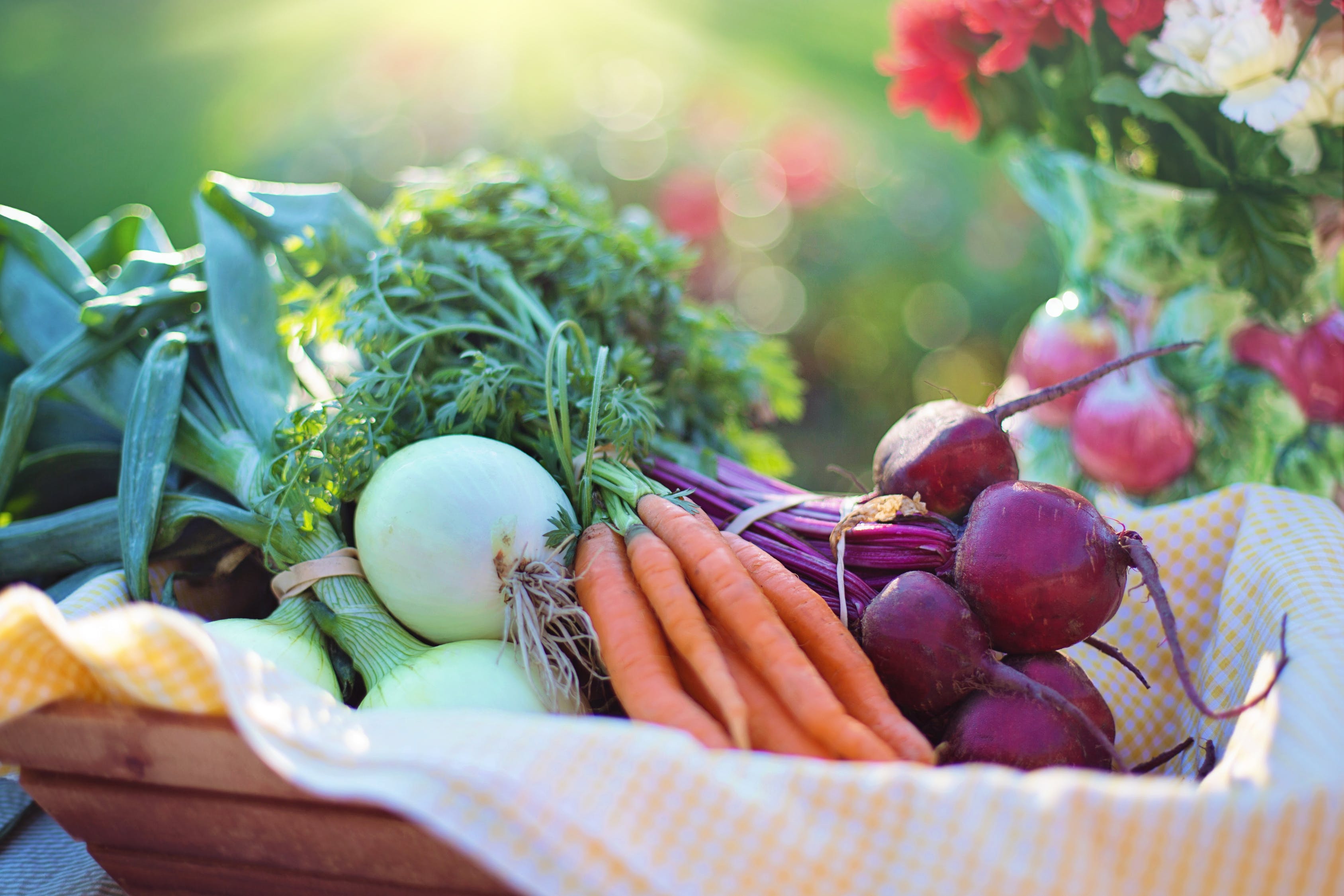 9 Nutritious Seasonal Fruits and Vegetables for a Healthier Summer

As you take the first bite, the vibrant flavors dance across your tongue.

Nope, it’s not an apple pie, it’s a cucumber, and it’s in season during the summer!
Cucumbers get a bad rap for being bland, but they actually taste delicious when they’re in season.
Arugula, zucchini, beets, and chard, taste better during the summer as well.
These foods aren’t just more flavorful in summer — they’re also more nutritious, but more on that later…
And of course we can’t forget berries: the real stars of summer produce.
Blackberries, blueberries, and raspberries are both low on sugar and high in antioxidants.
Plus, they enhance brain function and reduce inflammation.

Why Summer Produce Is More Nutritious When It’s In Season

Chilean produce travels almost 6,000 miles on cargo ships and trucks before it arrives at your table.
Unfortunately, by the time it gets there the nutrients have declined.
On average, out-of-season produce travels between 1,300-2,000 miles.
The real tragedy, however, is that it gets picked before it’s ripe.
What does that mean for you and your family?
Number one, it means it’s less flavorful.
The greatest atrocity, however, is that it contains fewer vitamins and minerals.
But here’s the good news: if you eat seasonally, your food is harvested when it’s the healthiest and the most flavorful.
Now let’s take a closer look at some of the best summer produce:

Asparagus is one of the first veggies to welcome the summer.
It starts growing in March and is available through June.
Nutritionally speaking, it’s packed with electrolytes like potassium and manganese.
By the way, these nutrients are great for energy production.
Asparagus also contains a healthy dose of selenium, a powerful antioxidant.
To top it all off, asparagus is high in vitamin K and fiber — this makes it a great prebiotic for gut healthy bacteria. (1)

Cucumbers grow from May to August.
They have a lot of health benefits, but they’re especially great at keeping you hydrated.
As it turns out, cucumbers are mostly water mixed with just the right amount of electrolytes.
In the end, they keep the body hydrated on a cellular level.
Want to have fresh, young looking skin?
Then you might want to reach for a cucumber or two this summer!
They promote skin health, reduce inflammation, and detoxify the liver.
When it comes down to it, cucumbers are an excellent summer staple.

Are you ready to put a new twist on salad?
Flavor-wise, arugula packs a peppery punch and goes great with Italian dishes.
It’s a member of the Brassica family, and these veggies are known for their anticancer properties. (2)
As it turns out, arugula’s secret weapon is something called phytochemicals, which reduce free radical damage.
However, arugula isn’t just a cancer fighter…it also can help slow the aging process.
But it doesn’t stop there…it’s an excellent source of vitamin A, vitamin K, and folate.
In addition, arugula contains beta-carotene, an important nutrient for eye health.
So the next time you’re planning a pasta night, give arugula a try!
Saute it in olive oil or toss it in pesto.

Zucchini is a summer squash that’s delicious on the grill and goes great with pasta.
If you’re feeling adventurous, there’s a tool called a spiralizer that turns zucchini into “pasta noodles.”
This can come in especially handy if you’re on a low-carb, anti-inflammatory diet.
Just  like cucumbers, zucchini is incredibly hydrating.
As if that wasn’t enough, it also contains large amounts of riboflavin, vitamin B6, and vitamin C.

This summer root vegetable is a fantastic addition to salads thanks to its sweet, earthy taste.
Step #1: boil it until tender.
Step #2: toss it in balsamic vinegar. You won’t regret it!
Nutritionally, beets are an important food for vegans and vegetarians because of their iron content.
Meat is by far the best source of iron, but it’s hard to come by in the plant kingdom.
That’s what makes beets so amazing!
They’re one of the few veggies that contains a ton of iron.
As a matter of fact, beets are especially important for women because they lose so much iron during menstruation.
Although red beets are the most common, they also come in orange and yellow.
Add them to salads or try them in wraps, soups, and purees!

No summer produce list would be complete without mentioning berries…and strawberries are at the top of the list.
Not only are they packed with antioxidants, but they’re also anti-inflammatory.
Arthritis patients will love the fact that strawberries can decrease joint pain.
As if that wasn’t enough, they protect the skin by reducing skin inflammation from the inside out.
Eat them while you can!
Strawberries have a short growing season from June to August.

Blackberries peak towards the end of summer from August to October (consider them one last hurrah!).
Like strawberries, they’re an antioxidant powerhouse.
In addition, blackberries are high in fiber, low in sugar, and are anti-inflammatory.
Last but not least, they also support a healthy immune system.

Raspberries have an extra-long growing season from June to October.
Health benefit-wise, they’re anti-inflammatory and contain a ton of antioxidants. (3)
Not only are they tangy and delicious, but they’re also incredibly low on sugar.
In fact, they’re so low-sugar that they even work with the ketogenic diet.

Blueberries are phenomenal for brain health.
Like raspberries, they’re low on sugar and are great for the ketogenic diet.
Blueberries also have high levels of vitamins and minerals like vitamin C and manganese.
Once again, just like their other berry friends, blueberries are full of antioxidants.
That’s it for this epic list of nutritious summer produce, but keep in mind that it’s just the tip of the iceberg.
There’s still a bunch more nutritious and delicious summer produce to explore!
If you have any further questions, our providers at Complete Care Health Centers are happy to help.
Feel free to contact us today for more advice about the best summer produce.