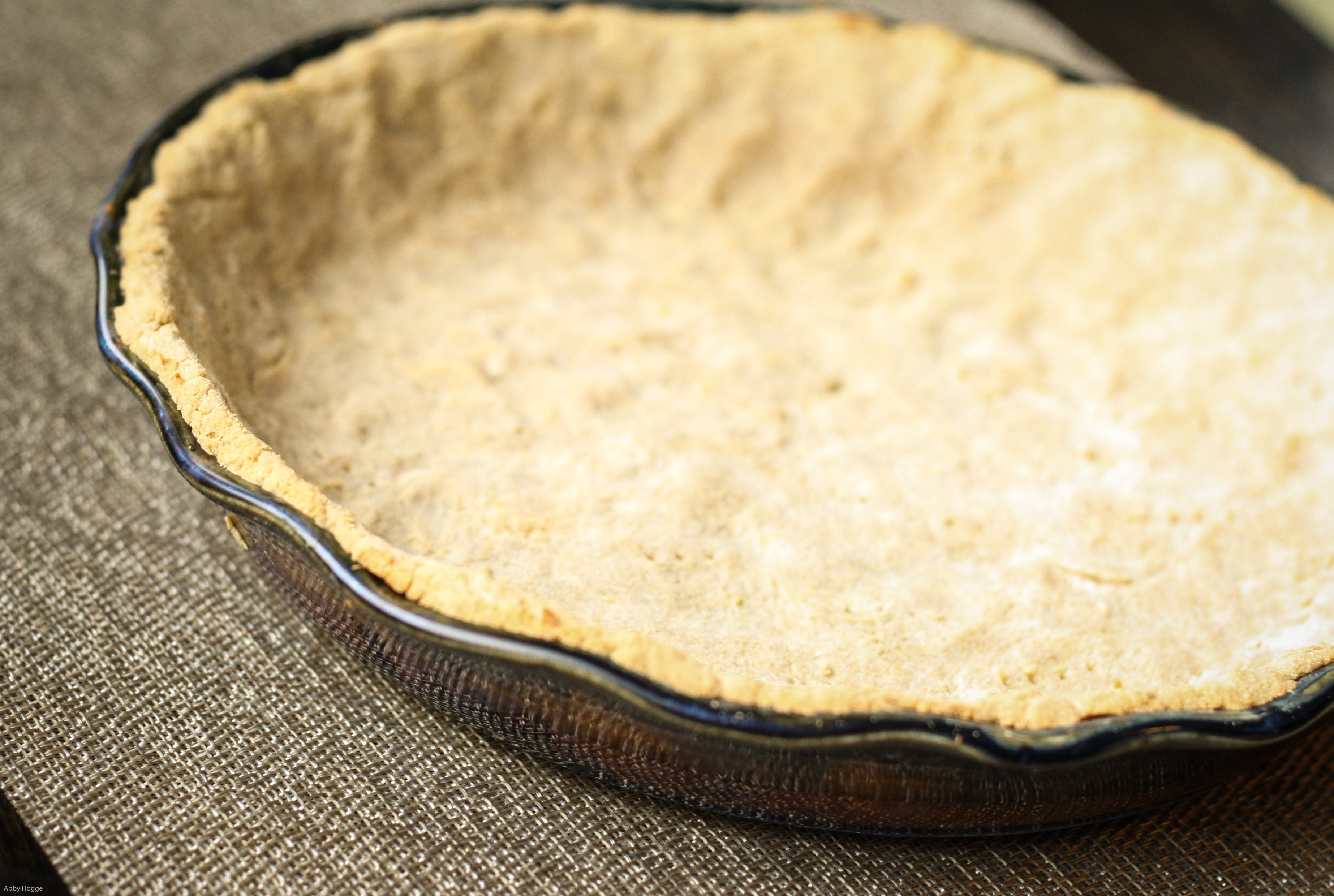 This is a delicious all-purpose pie crust. It browns nicely and cooks evenly.  It works well for either single or double-crusts pies.  This dough, however, needs to be handled carefully to avoid breakage, but it is easy to repair.

Directions
1. Sift the coconut flour and set it aside.
2. Grease pie pan with coconut oil.
3. Thoroughly mix all of the remaining ingredients together adding coconut flour in last. Mix it well to form the dough.
4. Kneed dough with your hands for about one minute.

The pie dough is rolled out between two sheets of wax paper. This keeps your working surface clean, as well as your rolling pin, prevents sticking, and allows you to move the dough with minimal breakage.

The easiest part is over. Getting the dough into the pie pan is the hardest part of the pie making process.

1. Slip a thin piece of cardboard under the bottom layer of wax paper and remove the top sheet of wax paper.
2. Place one hand underneath the cardboard and place your other hand on top of the dough to hold it in place.
3. Gently, but quickly, flip the dough over and on top of your pie pan.
4. Shape the dough into the pan and remove the remaining sheet of wax paper.
5. Seal cracks or holes by pressing the edges together; use scraps of pastry to fill in breaks if necessary.
6. Trim overhanging edges of pastry and flute as desired.
7. Fill and bake as directed in recipe.
8. Baked Single Crust Pie Shell: Prick bottom and sides of shell several times with a fork to allow steam to escape and avoid distortion of shell during baking. Bake at 400 degrees F for 12-15 minutes.

Remember: if you are committed to losing weight or reducing fasting blood sugars, partake of these higher carb recipes sparingly.  While they are made with healthy ingredients their higher carb content may slow up weight loss and reduction of blood sugars.