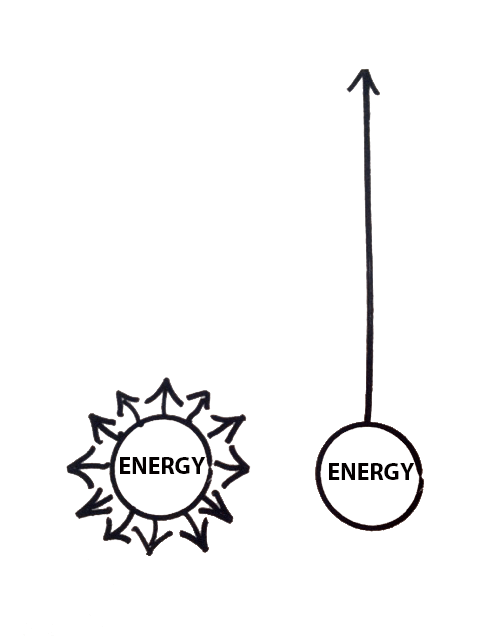 Increase Success by Focusing Your Energy

Let’s say that every time you take a step it’s in one of six directions, and that direction was determined by the roll of dice. And let’s say you did that one hundred times. What are the odds that you would make substantial advances in one direction, or toward one goal? Now, what if there were six directions to go, and you had the dice. The difference being that the six sides of the dice had only one direction. Every time you rolled you had to go in the direction you rolled.

How much more progress would you make if you were going in a single direction, and focusing on one thing? What if making a living was that one direction? So many people focus on six or more things in life from health, to business, to relationships to hobbies. These people tend to take a single step in so many different directions that they end up close to the same spot they began in. The successful person will be able to focus uniformly on a single goal. This does not mean that you can’t have multiple goals. What it does mean, is that whatever project, person, or goal that you place value on needs concentrated steps along the path to success. This single focused effort creates exponential success compounding in factor. The average person isn’t going to be a billionaire, but, Jeff Bezos, founder of Amazon, made roughly four billion dollars in about twenty minutes.

Most people will say this example is erroneous. I would agree and disagree. While it’s true that he made billions after showing that amazon.com had a profitable season, and this huge profit was within the span of 20 minutes, he had been single minded and focused on amazon for decades. This is explained by the tipping point, and can be applied to relationships, health, business, or any goal worth achieving.

How about your health? Let’s say that your sick or not feeling good, but you have a business to run, or kids to take care of, or other obligations. If you spend so much energy caring for all of these responsibilities rather than your health, would you get better or worse? If you focus on the most important, or biggest levers first, in this case your health, by maximizing self care so that you can become healthy and vibrant again. Then you will have more of yourself to give to your family, work, dreams, and passions.

The idea is to focus on one thing at a time. That one goal, approached with dedicated focus, will launch you to the next goal or accomplishment. A college student who focuses on the goal of graduating, rather than the distraction of partying, will complete the goal and find a job that pays well. A person who wants to get healthy will focus on nutrition, exercise, supplements, and rest so that they can have the energy to achieve the next goal.

What is the single biggest thing right now that you can be working on – really focusing on – to make a substantial improvement in your life? Write it down and start making action steps today.