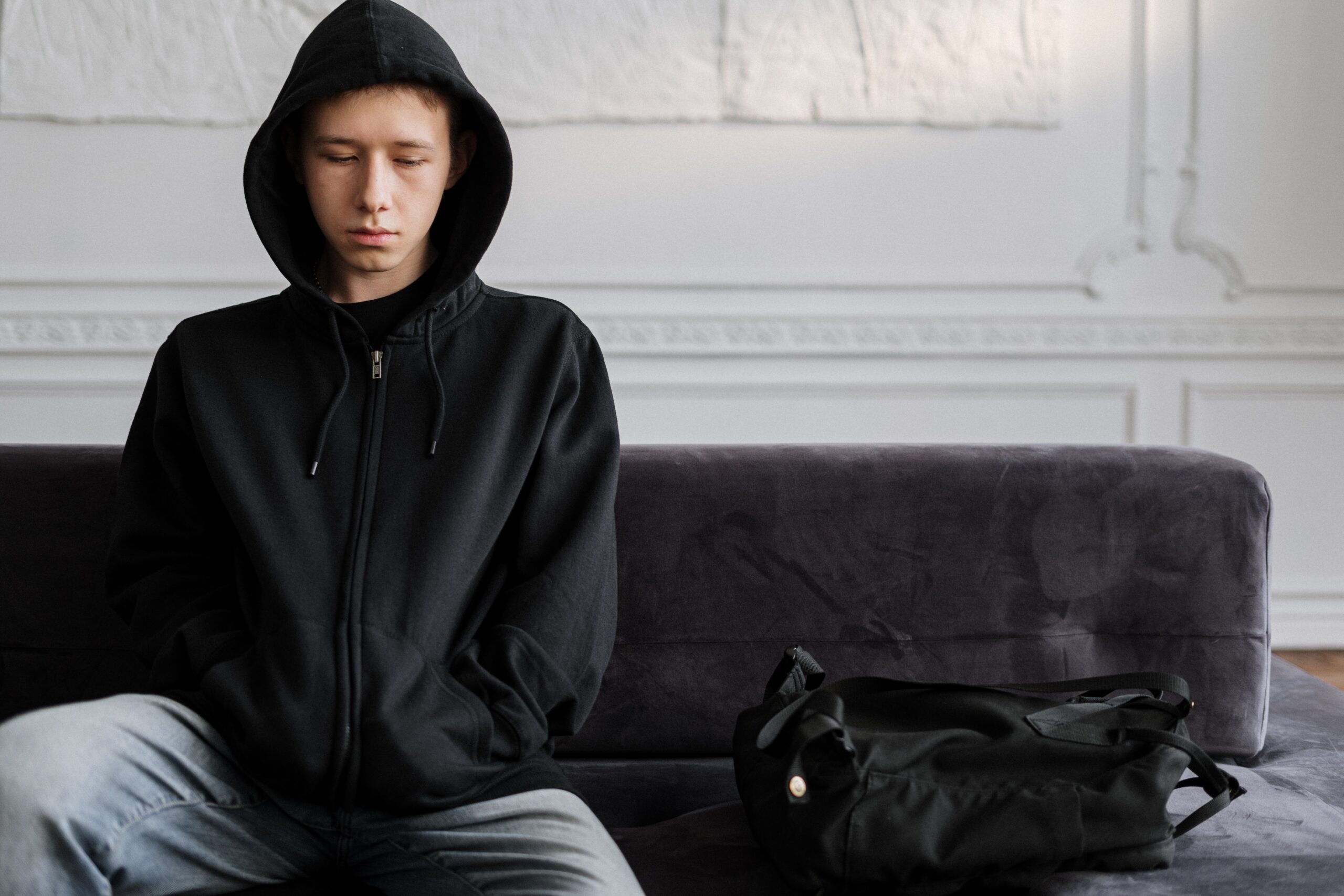 10 Common Health Hazards for Your Child’s Long-Term Development
Letting harm come to your little one is every parent’s worst nightmare.
You want your child to grow up happy, healthy, and vibrant, but there will always be challenges along the way.
Some challenges start at a young age, like bullying, electronic devices, and inflammatory foods that can lead to obesity and other chronic health conditions.
However, as they grow older the risks become more serious…
Bullying and stress can ultimately lead to alcohol and drug use as a coping mechanism.
Worst of all, teen depression and suicide are at an all-time high.
It’s up to you, the parent, to be there for your kids.
Let’s take a close look at the ten most common health hazards for your child’s development…

Of all health risks that children face, obesity tops the list.
In fact, according to The Centers for Disease Control (CDC), over one-third of children in the US are considered either obese or overweight. (1)
These children are also at a higher risk to be overweight as adults as well.
They’re also more likely to develop conditions like:
Luckily, the solution to this issue is fairly straightforward…
Children need to eat a healthy diet and exercise regularly, just like adults should!
In fact, it is important for you to set a good example and eat healthy too.
That means throwing out the sugary snacks and replacing them with some crunchy carrots and hummus or some raspberries and almond butter toast. Yummy!

Nothing is worse than bullying, and it can turn a carefree childhood into a living nightmare.
Around 50 percent of children will experience bullying at some point and a staggering 10 percent will be exposed to it regularly.
A child who is bullied will have to face severe emotional and social damage.
In fact, being bullied can have a long-lasting negative impact that lasts for decades into adulthood.
The good news is that the topic has been getting the attention it deserves…
Roughly 29 percent of adults have put bullying as their biggest concerns when it comes to their kids. (2)
It’s important for parents to understand that their kids don’t need to face these bullies alone.
So get the community together and make sure that your little ones don’t have to bear the burden of bullying.

Drug abuse is terrifying to most parents because all it takes is one mistake to end a life.
While drug use in teens has been steadily declining over the past decade, it still remains fairly common.
A study by the National Institute on Drug Abuse (NIDA) found out that over 30 percent of 10th graders had used marijuana in the past 30 days. (3)
While illegal substances are at one end of the spectrum, prescription drugs are also a big part of the problem.
The NIDA also found that about five percent of high school kids have taken a prescription drug illegally at least once.
In fact, some children’s very first drug experience is stealing their parent’s medication from the medicine cabinet.
So make sure to keep an open line of communication with your kids and talk openly about drugs.
The temptation will always be there, but you can help steer them in the right direction if you’re proactive about it.
It’s part of the never-ending responsibilities we have towards our children!

Stress can affect people of all ages, even happy-go-lucky kids.
In fact, younger people are exposed to the same health effects of chronic stress as adults. (4)
Feeling stressed can make children depressed, angry and withdrawn.
Symptoms of chronic stress in children include:
Generally speaking, the most common stressors on children are when they don’t spend enough time with their parents or when they don’t feel safe.
Fortunately, as a parent, you can nip both of those things in the bud!
While parents and society can’t take all the stress off your childrens’ shoulders, you can surely make them feel loved and supported.
This will help them to learn how to manage stress in the best way possible.

Too much screen time can be dangerous for kids’ mental and physical health.
While electronic gadgets have improved modern life in many ways, they also come at a cost to your child’s health.
Overuse of electronic devices can cause a huge list of issues, from sleep deprivation to increased stress, obesity, and even addiction. (5)
In fact, using them too much has a big impact on mood, attention span, anxiety, hyperactivity, and a bunch of other behavioral issues.
Luckily, there are a few things you can do to minimize these problems.
First off, try to turn off the phones, computers, and televisions at least an hour before bedtime at the latest.
Second, remember that you are their role model, so try to spend less time on your phone as well!
And finally, make sure that your child has other interests and activities that aren’t connected to any type of screen!

The internet is a minefield of stuff that no parent wants their child to be exposed to.
In a lot of ways, being alone on the internet is like being alone in a public space that is full of dangers.
Believe it or not, lots of bullying takes place on the internet, also known as “cyber-bullying.” (6)
Once again, it’s important that you try to talk to your children about both the benefits and threats that lurk on the internet.
For example, tell them that they should never reveal any personal information online.
And of course, that they should never meet someone in person without adult supervision.
Also, remember that you are not alone on this one.
If your child ever receives a threatening message or email, make a copy of it and go straight to the local authorities.

Children and teens who smoke are much more likely to develop a strong addiction to tobacco.
It can even have a negative effect on lung growth and development and may even lead to lung disease later in life.
While teen cigarette smoking has steadily declined over the last 10 years, teen marijuana smoking has increased. And cannabis is just as bad for your lungs, if not worse!
The Centers for Disease Control and Prevention (CDC) still has a very scary statistic on youth and tobacco use…
If America’s children continue to smoke at the current rate, roughly 5.6 million of today’s Americans under 18 will die early from smoking-related illnesses. (7)
That’s why keeping your kids off tobacco is literally a life or death situation.

Alcohol abuse amongst teens has always been a concern for parents.
While it remains unclear today what alcohol does to a growing brain, some research suggests that it may negatively impact their learning and long-term memory.
At the same time, drinking during puberty has been linked to poor development of the muscles, bones, and reproductive organs.
Liver damage is another side-effect of alcohol abuse, and this is especially dangerous if your child is overweight.
Although alcohol use rates have decreased recently, roughly 30 percent of teens still say that they have tried alcohol before reaching the 8th grade. (8)
By the time they graduate, these numbers go all the way up to 75 percent.
Even worse, a quarter of high-school students admit to regular binge drinking.

Recent studies show that 15 percent of kids will face abuse at some point, and most commonly from a parent. (9)
Shockingly, 80 percent of children who died from abuse-related causes are younger than four years of age.
In addition, even those who survive abuse will face many problems throughout their life.
That includes a disruption in learning ability, language skills, and even brain development.
They are also much more likely to develop addictions in the future, like drugs, tobacco, and alcohol.
In turn, heart disease, cancer, and obesity are also much more likely to occur.
If you suspect any child abuse happening in your area, report this to the police immediately.

Many children that suffer from depression don’t get the treatment they need.
In fact, 5 percent of children under the age of 18 suffer from depression. (10)
Unfortunately, parents and teachers are often unaware of the warning signs.
Apart from being sad, lookout for signs that your child is becoming withdrawn or begins to dislike activities they once loved.
In addition, they are often much more irritable and may even have physical health issues like stomach pains or insomnia.
If left untreated, the chances of self-harm and drug abuse increase drastically, and may even lead to suicide.

Take Care Of Your Children and Yourself

Being a parent is by no means easy, and you can’t expect to get everything right.
Just always remember to take care of yourself and lead by example.
Kids are like sponges and they soak up everything that you do! So be happy, be healthy, and your children will follow your lead.
If you have any more questions about health hazards that can harm your child’s long-term development, feel free to reach out to us at Complete Care Health Centers.
We will get back to you very soon with any questions you may have.