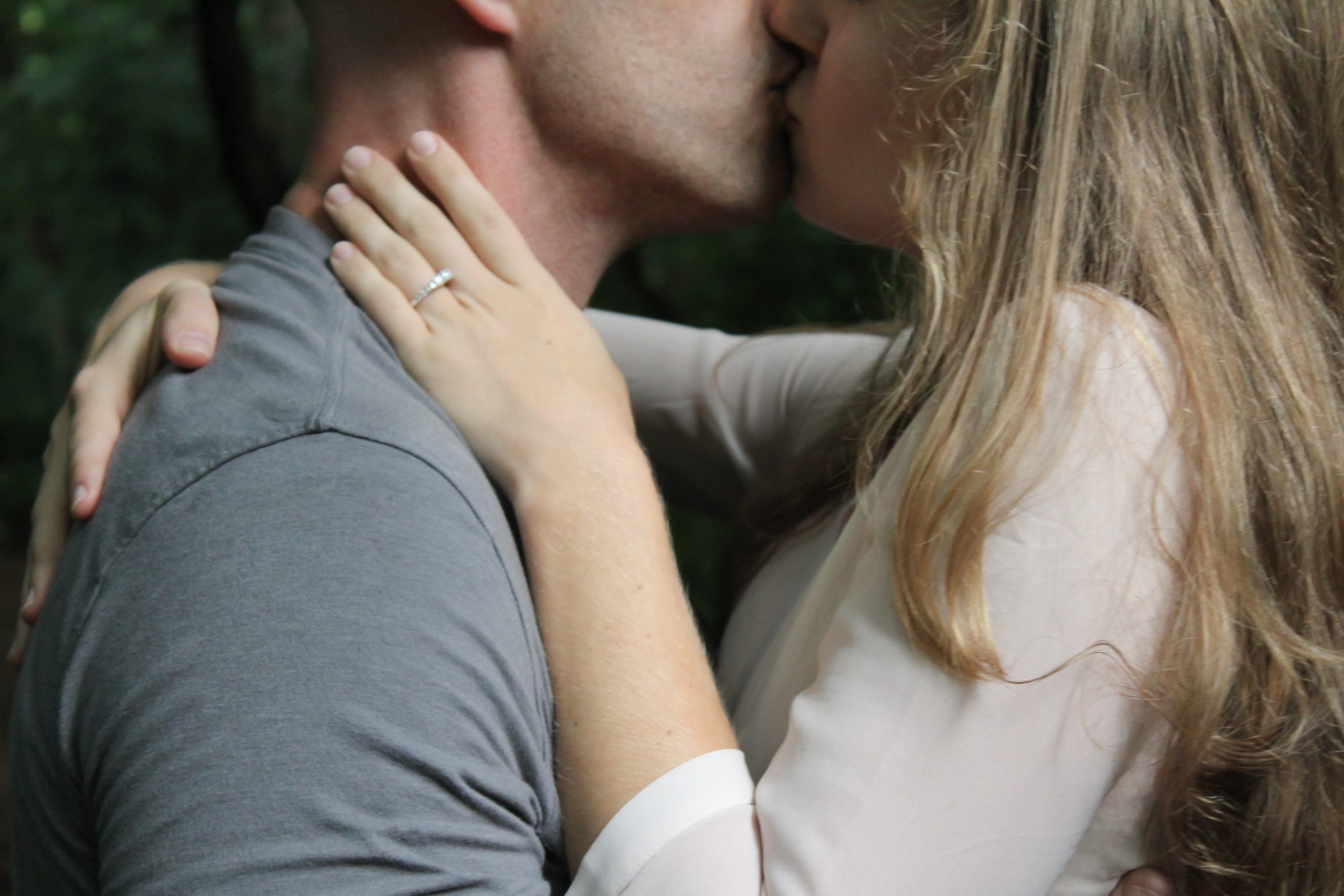 Why Sex Is Good for Your Health: 14 Health Benefits of Sex

Sex is a natural part of a healthy, vibrant life.

After all, if it wasn’t for a strong sex drive, none of us would even be here.

When it comes down to it, sexual pleasure is hardwired into the brain.

But sex doesn’t stop there…

In this in-depth article, we cover all the latest research about the health benefits of sex.

Here’s why sex is good for your health.

Sex is healthy across-the-board for both genders.

However, there are also some important differences to take note of between men and women.

In woman, sexual activity can:

For example, one 2010 study found that having more penile-vaginal intercourse can strengthen vaginal contractions and may reduce the risk of vaginal prolapse. (1)

In other words, sex makes your vagina stronger and healthier.

This is especially important after menopause to prevent troublesome symptoms like incontinence, pain during sex, and vaginal atrophy.

But what about the fellas?

At the same time, sex has plenty of health benefits for men too, including:

As a matter of fact, sexual activity supports the brain and balances hormones in a variety of ways for men and women.

How Sex Affects the Brain

For both the ladies and the lads, sexual satisfaction supports healthy emotions, pain management, and the body’s natural reward system.

In fact, sex is so immediately rewarding that it can become addictive.

However, for the majority of people, sex is a safe, pleasurable way to enhance your health.

For men’s brains, sex is more “goal-oriented” because it builds towards a single massive climax.

Women, on the other hand, can have multiple orgasms.

This means they experience more significant changes in the brain throughout sex.

In a 2017 study on the female orgasm conducted at Rutgers University, scientists monitored the brain activity of 10 women while having sex with their partners. (2)

During orgasm, several brain regions became strongly activated, including the:

These areas are involved in everything from emotions to metabolic processes.

One 2005 study monitored blood flow to the brain while men were pleasured by their partners. (3)

Ultimately, blood rushed to the somatosensory cortex and insula.

Both of these areas, as it turns out, process pain.

Researchers also found that the cerebellum is highly active during orgasm.

This part of the brain plays a key role in the body’s reward system.

In the end, the cerebellum is one of the main reasons why sex keeps you coming back for more.

Most of the health benefits of sex are due to its impact on hormones.

The end result is a better mood, healthier body, and a happier brain.

At the center of it all is oxytocin.

The hypothalamus controls the release of oxytocin, which then reduces cortisol.

This is where the domino effect of health benefits begins.

As it turns out, lower cortisol is linked to less inflammation, less stress, and reduced risk of disease.

At the same time, oxytocin releases endorphins and reduces pain.

In fact, sex can even treat severe chronic headaches, but more on that later…

Sex is great for brain chemistry, hormones, fertility, heart health, and may even reduce the risk of cancer.

Get ready to dive deep into why sex is good for your health!

Here’s what all the latest research has to say about the health benefits of sex:

Sex is proven to reduce stress and anxiety.

For starters, the intimacy of sex releases oxytocin, a hormone that has a lot of mental health benefits, including:

In a recent study published in the journal Biological Psychology, participants who had penetrative sex experienced less stress when public speaking and doing mental math out loud. (4)

As long as the type of sex you have makes you feel good, that’s all that matters.

Can sex actually make you smarter?

Most importantly, sex boosts areas of the brain that control memory.

For example, a 2016 study in the journal Age and Aging found that, “Maintaining a healthy sex life in older age could be instrumental in improving cognitive function and well-being.” (5)

This shouldn’t come as much of a surprise, but sex can strengthen a healthy relationship.

What makes sex so powerful?

This one little hormone sets off a chain reaction of positive feelings that reinforce emotional bonds.

Believe it or not, women produce tons of oxytocin during childbirth for exactly this reason.

During sex, the body releases smaller amounts of oxytocin to help bond with the potential father of her children. (7)

However, you don’t necessarily have to have sex in order to release oxytocin.

Research shows that a big hug can boost oxytocin levels as well. (8)

Sex strengthens the immune system by:

Most importantly, however, sex exposes you to germs and bacteria that strengthen the body’s defenses.

For example, a recent study published in the journal Psychological Reports found that people who have sex more than two times a week had higher levels of immunoglobulin A (IgA). (9)

On the other hand, people who had sex less than two times a week had much less IgA.

IgA, by the way, is an antibody that fights the human papillomavirus (HPV), among other things.

Frequent sex increases your chances of getting pregnant.

And as it turns out, it’s important for both men and women.

At the same time, sex has tons of positive effects on female fertility.

Tierney Lorenz is a leading researcher of reproductive health.

She recently published a couple papers in Physiology and Behavior and Fertility and Sterility. (11)

In a nutshell, she found that sex can increase fertility by strengthening the immune system.

According to Lorenz, ““Everything from making sure the sperm meets the egg without getting attacked as an invader, to helping the fertilized egg implant into the uterine wall…is directed by the immune system.” (12)

6. Reduces the Risk of Prostate Cancer

For men, having sex may keep prostate cancer at bay.

An early 2004 study conducted by the National Cancer Institute found that men who ejaculate between 4.6 to 7 times a week are up to 36 percent less likely to develop prostate cancer. (13)

In a survey, participants reported how many times they ejaculated at different periods of their lives (ages 20-29, 40-49, and within the last year).

When it was all said and done, men who ejaculated more often had lower rates of prostate cancer. (14)

One decade-long study published by Planned Parenthood says, “yes” (at least for men). (15)

Researchers found that men who orgasm more than two times a week have a 50 percent lower death rate.

Believe it or not, sex might help you look younger too.

Sex releases a hormone called dehydroepiandrosterone (DHEA), which is critical to skin health.

According to a recent study, “DHEA increases in mental and physical sexual arousal ratings significantly increased in response to an acute dose of DHEA in postmenopausal women.” (16)

Not only that, but DHEA also supports the immune system and may even decrease depression.

It also boosts estrogen and testosterone in women, both of which promote health and vitality.

Got a low libido?

One of the best ways to increase your sex drive is to have more sex.

For both men and women, sex with multiple partners is associated with higher levels of testosterone. (17)

This doesn’t mean that you have to end a healthy relationship in order to have a healthy sex drive, but if you’re already single it can help jumpstart your libido.

Plus, frequent sex is proven to…

Sex can help you sleep better.

At the same time, oxytocin and endorphins can be sedative as well.

Quality sleep is one of the most important things you can do for your health.

Why is sleep so important?

Because sleep is when the brain removes toxins and the body repairs damaged cells.

In other words, having intercourse before bed can help you double-down on the health benefits of sex.

Although sex isn’t strenuous enough to replace regular workouts, it still burns quite a few calories.

According to the study’s authors, “These results suggest that sexual activity may potentially be considered, at times, as a significant exercise.”

Having regular orgasms strengthens and tones the muscles of the pelvic floor.

This can come in handy as you age, because urinary incontinence affects roughly 30 percent of middle-aged women. (20)

Unfortunately, it becomes even more common as you approach 70 years old.

Kegel exercises can help, but the best way to get stronger pelvic muscles is to have more sex.

It’s the perfect way to reduce the risk of accidents and urine leaks.

But what if you already struggle with incontinence?

For many women, the odor of urine leaks and the fear of incontinence during intercourse can make it hard to get in the mood.

Be open with your partner about your concerns and face the challenge together.

Believe it or not, most men are willing to do whatever it takes to have more sex.

Sex triggers the release of pain-relieving endorphins that can relieve headaches.

For example, a 2013 study found that sex can reduce migraine and cluster headaches. (21)

The study involved a total of 1000 chronic headache sufferers.

According to researchers, the data suggests that, “Sexual activity can lead to partial or complete relief of headache in some migraine and a few cluster headache patients.”

Unfortunately, most people choose not to have sex when they have a headache.

But lucky for you, now you know the truth!

Not only that, but sexual stimulation can reduce pain signaling and increase overall pain threshold.

It can help with arthritis, menstrual cramps and everything in between.

A lot of this has to do (once again) with the role of oxytocin in the body.

One 2013 study found that pain levels decrease as you release more oxytocin into the central nervous system. (22)

In other words, sex is like natural Advil for your body and brain.

Studies show that sex can be good for the heart, especially in women.

In a 2016 study, researchers looked at the benefits of having sex with a regular partner. (23)

What they found is that sexually active women have a reduced risk of heart problems as they age.

Unfortunately, the study did not find the same results for older men.

Researchers concluded that frequent sex may increase the risk of heart issues in older guys.

Although this contradicts earlier research on heart health and sex, it’s still worth noting.

When it comes down to it, not everyone is healthy enough to have a vigorous sex life.

Always talk to your doctor, especially if you have a history of cardiac conditions.

At the same time, it disrupts dopamine production and increases the risk of depression, stress, and anxiety. (24)

Can Sex Make You Feel Depressed?

For most people, sex is a great remedy for the blues.

People with this condition feel dark and moody after sex.

In a 2010 study on postcoital dysphoria (PCD) in women, “Among 222 female university students, 32.9% reported having ever experienced PCD whereas 10% reported experiencing PCD in the previous 4 weeks.” (25)

Even worse, some people have PCD for their entire life, and there’s no cure.

Scientists still aren’t sure what causes it, but some think it might be related to post-traumatic events.

Sexual Activity Is a Confidence Booster

When it comes down to it, sexual activity is a confidence booster.

For both men and women, straight and gay, sex makes you feel more attractive and desired.

Sexual identity is woven deep into the subconscious.

In the end, it leads to better mental health and a happier social life.

Not only that, but the more sex you have, the more likely you’ll be to engage in other healthy activities like diet and exercise.

The point is, sex is just one of many ways to improve your life.

Ultimately, sex translates into greater happiness, and that’s what really matters most.

If you have any more questions about the health benefits of sex, feel free to contact us at Complete Care Health Centers.

We’re happy to answer any questions you may have.